Fallen homicide detective, Jack Slaughter, closes the door on the home where his perfect family has been brutally snatched from him. Moving across the city, he works as a private investigator to fund his own investigation into what happened to his family—who killed his little girl, Zoë, and where is his wife, Leah?

Every three month for the last three years, Jack receives a simple text telling him where he can find his missing wife. There’s a body at each location, but none of them are Leah.

Jack hates missing person’s cases, but they’re his bread and butter. He only takes the case to find Carl Boyd's missing wife because the details of her disappearance closely match Leah’s. He hopes by finding Bonnie Boyd, he'll find his own wife.

Following the leads in the Bonnie Boyd case, Jack discovers someone has been killing women all over the city for the last three years, a fact Jack’s ex-partner and still best friend, Ray Navarro, has neglected to tell him. The city has a serial killer and officials haven’t been able to find a single lead on the person they’ve dubbed The Butcher.

Could Bonnie Boyd’s disappearance be linked to The Butcher? More important, was Leah one of The Butcher’s victims? Could he have gone so far as to murder a child? With every clue Jack weaves together, his own life unravels even more.

My Thoughts: K.A. Lugo hits a homerun with the first book in her debut series about a police detective who has turned his back on his badge and the justice system when his young daughter and family dog are found murdered and his wife has vanished without a trace. For the next three years, Jack receives texts from someone toying with him, telling him where his wife’s body is, only for Jack to discover that its someone else’s body, murdered in the most heinous way.

Jack takes on missing persons cases as a private investigator but still holds onto the hope that one day Leah will be found and he can finally get the answers he so desperately seeks and the peace that having closure will bring.

This story grabs the reader from the start and its one fast and intense ride, so hold on tight! Jack is a character you can’t help but empathize with and root for. His grief comes across sharp and painful. His reminisces about Leah make his pain all the more vivid.

This story held a lot of surprises for me and the unmasking of the killer leaves more questions than answers that I predict will be made clear in future installments. I really enjoyed the side plot of the missing person case Jack is working on, which was really interesting, as well. Jack’s quest for justice is far from over, but with the support of his former partner and best friend, he is on the right path.

My Final Verdict: There are some gruesome and graphic descriptions of murder scenes that the weak kneed reader may struggle with, but it’s relevant to the story. I highly recommend this to all readers and fans of thrillers, suspense and police procedural plots will enjoy the hard-edged and sordid backdrop of this story. The characters are realistic and believable. The plot and dialogue flow smoothly and fit the characters and their personalities.

Disclaimer: I received a complimentary copy of Slaughtered from the publisher in exchange for an honest review.

Sherri
I am not a professional reviewer, but I love to read and share my opinions on my reading with others who are interested. I work full time but my ideal perfect day would be to curl up with a good book. The majority of the books I review here are from my private collection and my reviews are provided purely for entertainment purposes. I receive no compensation whatsoever for sharing my thoughts and review on any book. If you would like me to review your book, please email me at sharalsbooks@yahoo.com Happy Reading! :o) 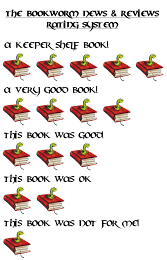 Stirred with Love
by Marcie Steele
tagged: womens-fiction and currently-reading

Harry Potter and the Goblet of Fire
by J.K. Rowling
tagged: teen-young-adult and currently-reading

Unveiling Grace: The Story of How We Found Our Way out of the Mormon Church
by Lynn K. Wilder
tagged: currently-reading, religious-spiritual, and non-fiction

And Then There Were Crumbs
by Eve Calder
tagged: to-read and audiobook